Stopping Zika: Should we (US) be handing out condoms at airports?

Stopping Zika: Should we (US) be handing out condoms at airports?

The following post swhows the possible direction the United States may take as it looks to battle the growing Zika virus. The disease is already spreading here in Jamaica.
Along with Mexico and the Dominican Republic, we are listed as one of the popular vacation spots infected with Zika. 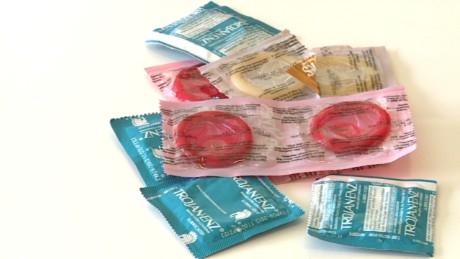 (CNN)Welcome to the U.S.! Have a condom!

That’s the message millions of travelers might hear when stepping off an airplane, as public health experts look for ways to stop the Zika virus.
New guidelines from the Centers for Disease Control and Prevention, released last week, tell men to consider using condoms after returning from a country where Zika is spreading, including such popular vacation spots as the Dominican Republic, Jamaica and Mexico.
Even men who never felt sick are supposed to consider using condoms after travel to these countries. The CDC wants to prevent sexual transmission of Zika, which has been linked to a devastating birth defect and possibly also to miscarriages and stillbirths.
But how can public health officials help make that happen?

“We could make condoms freely available at airports to everyone coming in from those areas. ‘Here, take some!'” suggested Dr. William Schaffner, medical director of the National Foundation for Infectious Diseases and a liaison representative to the CDC’s Advisory Committee on Immunization Practices.
Other public health experts said Schaffner’s idea might be worth a try.
“It would be good symbolically to do this to underscore to people that this is important and serious,” said Dr. Hunter Handsfield, professor emeritus of medicine at the University of Washington Center for AIDS and STD.
“It sounds like a reasonable public health education campaign,” added Dr. Donald Thea, a professor of global health at the Boston University School of Public Health. “It may help get the message to the right audience in a targeted way.”
In a statement, a CDC official was noncommittal about the idea of handing out condoms at airports.
“It’s critical that people have access to condoms,” said Dr. Anne Schuchat, principal deputy director of the CDC. “Appropriate use of condoms can reduce the risk of sexual transmission of Zika from men to their partners,”

The difficulties of a condom campaign

Thea and Handsfield said they weren’t sure a condom campaign would be practical. It could be expensive and unwieldy, given that a huge number of people travel from Zika-affected areas to the United States via plane, cruise ship and automobile. “My gut sense says it’s untenable,” Handsfield said.

“I’m not sure how effective handing out condoms at airports will be,” Thea said.

But at the very least, many public health experts said the CDC’s latest condom guidelines should be handed out to travelers coming into the United States from Zika-affected countries.
These guidelines tell male travelers who had Zika, or symptoms of Zika, to consider using condoms or abstaining from sex for at least six months after symptoms began.
Men returning from Zika-affected countries who have not had symptoms of the disease should consider using condoms for at least eight weeks after their return to the United States, and upon their return from traveling, men whose partners are already pregnant should use condoms, according to the guidelines.