The following article was published in The Guradian in the UK and is reproduced here on Falmouth News for its historical content. The title may be a little bit harsh and controversial, but the post is not lacking in historical data.

When the devastating earthquake of 1692 ripped through Port Royal, aka the richest and wickedest city in the world, a very different Caribbean capital rose up in its place. But could Kingstons rigid grid plan impose order after the chaos? 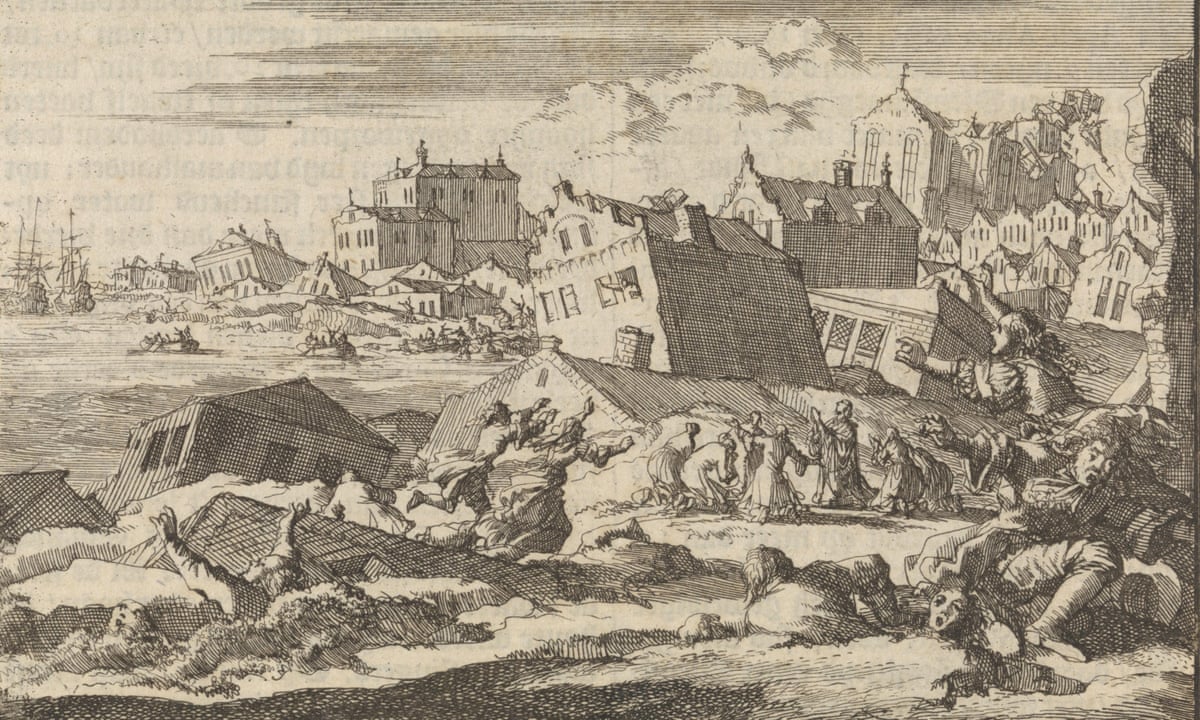 Downtown Kingston, the conflicted heart of Jamaicas modern capital, was born of disaster. A battered pocket watch, its hands frozen at exactly 11:43, memorialises the moment on 7 June 1692 when an earthquake ripped through this English Caribbean colony. Mountains split, buildings shattered and a tsunami swept away uncountable bodies, living and dead, as the earths convulsions exhumed corpses from their graves.

The pocket watch was discovered in 1959 at the bottom of the harbour, where two thirds of the bustling commercial centre of Port Royal was sunk by the earthquake and still lies preserved under water, like a submarine Pompeii.

A sketch drawn by the seafarer Edward Barlow in the 1680s gives an impression of this town before its destruction: a dense, fortified hub rising from the end of a 10-mile sandy spit. With tall houses built of brick shipped from England as ballast, Port Royal had been proclaimed the London of Jamaica.

Seized from Spanish colonists by English soldiers under Oliver Cromwell in 1655, Jamaica was considered ideally located for trade and conquest. No island in the world lies like it for advantage, argued the 17th-century economist Carew Reynell, for whom it was the seat of riches and empire. Within a couple of decades, Port Royal had become the regions storehouse or treasury, according to the resident lawyer Francis Hanson, always like a continual mart or fair.

Artisan Village To Be Constructed in Falmouth

Why Marcus Garvey Should be Celebrated Every Independence Week

Why the Martha Brae Is The Greatest, Most Valuable River In Jamaica